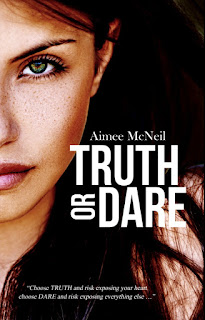 This week I am hosting another promo tour for Truth Or Dare. Look below for the link to the first chapter and see if it grabs your interest!

If you are reading Truth Or Dare be sure to enter the giveaway for the painting. Once you read the book you will understand the significance of it. There are only a few people entered so your chances are good!
Your review can be anything you want. It can simply state if you liked it or not and then enter. Details below.

✺SYNOPSIS✺
Sophie Rogers has left her demons in the past and finally has her life under control…
Three years after leaving high school, where she was endlessly tormented by the school’s golden couple, Sophie has her art degree nearly in hand. Juggling two jobs, she prides herself on her focus and determination to ensure her independence.
Until Ashton King saunters back into her life as a nude model for her art class…
Ashton and Lucinda had made it their mission to make Sophie’s life miserable from the moment she walked into their lives. But now, with Lucinda out of the picture and Sophie back in his sights, Ashton changes the rules of the game and takes it to a whole new level.
Sophie is thrown back into the turmoil she thought was long behind her…
Ashton’s body is made for sin, and his icy blue eyes scorch her with feelings too intense for a heart as scarred as Sophie’s to bear. Glimpses of another side of Ashton give her a flash of hope, but his deceptions run much deeper than she ever dreamed.
Truth or Dare…Which would you choose?
✺FIRST CHAPTER✺ 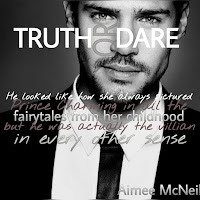 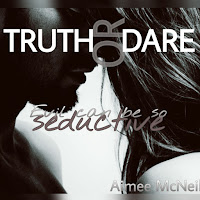 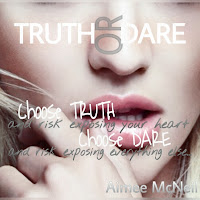 Sophie stared at the blank canvas in front of her, trying to still her shaking knee. She had been nervous when she arrived this morning. The impending art class had her anxious. It was to be her first nude model session. She had painted many people over her time as an artist, but this was the first time she would be staring at two naked people for a complete two-hour session, translating their exposed bodies onto her canvas with the experience of her hands—hands that currently moved restlessly over her supplies as the seconds ticked by. Everyone else in the class seemed to be in a state of boredom as they watched the clock on the wall.
The professor sat as his desk, loudly sipping his morning coffee. He kept checking his watch, and then confirming that the time correlated with the wall clock. “Hopefully it shouldn’t be too much longer,” he mumbled as his eyes traveled toward the door, his fingers tapping annoyingly on his desk. His round stomach threatened every button on his shirt as it stretched over his width. His hair was in desperate need of a trim and his beard was riddled with gray. Despite his unkempt appearance, he had grown on Sophie, his appearance quite suitable for the rough-edged professor who seemed to view the world in its own unique light.
Sophie followed his gaze toward the open door. Giggling erupted in the hallway before a young woman shuffled in. “Sorry, Professor.” She smiled, her face flushing with color.
“So sorry.” The entrancing male voice bordered on sarcasm as the man filled the doorframe. His large presence demanded the attention of everyone in the room because of his dangerous beauty. Sophie’s eyes widened in panic and she ducked behind her canvas to avoid being recognized. She could feel the blood rush to her face. Ashton King was standing in her art class with a robe that he barely had tied. What the hell was he doing here? Just breathe. Just breathe. 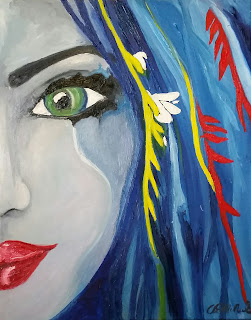 Is “Truth Or Dare” on your TBR list? If so, check out this giveaway!
Enter to win a 16 X 20” oil painting, created by the author, Aimee McNeil. 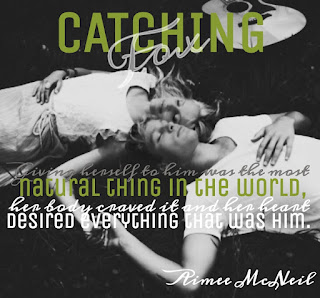