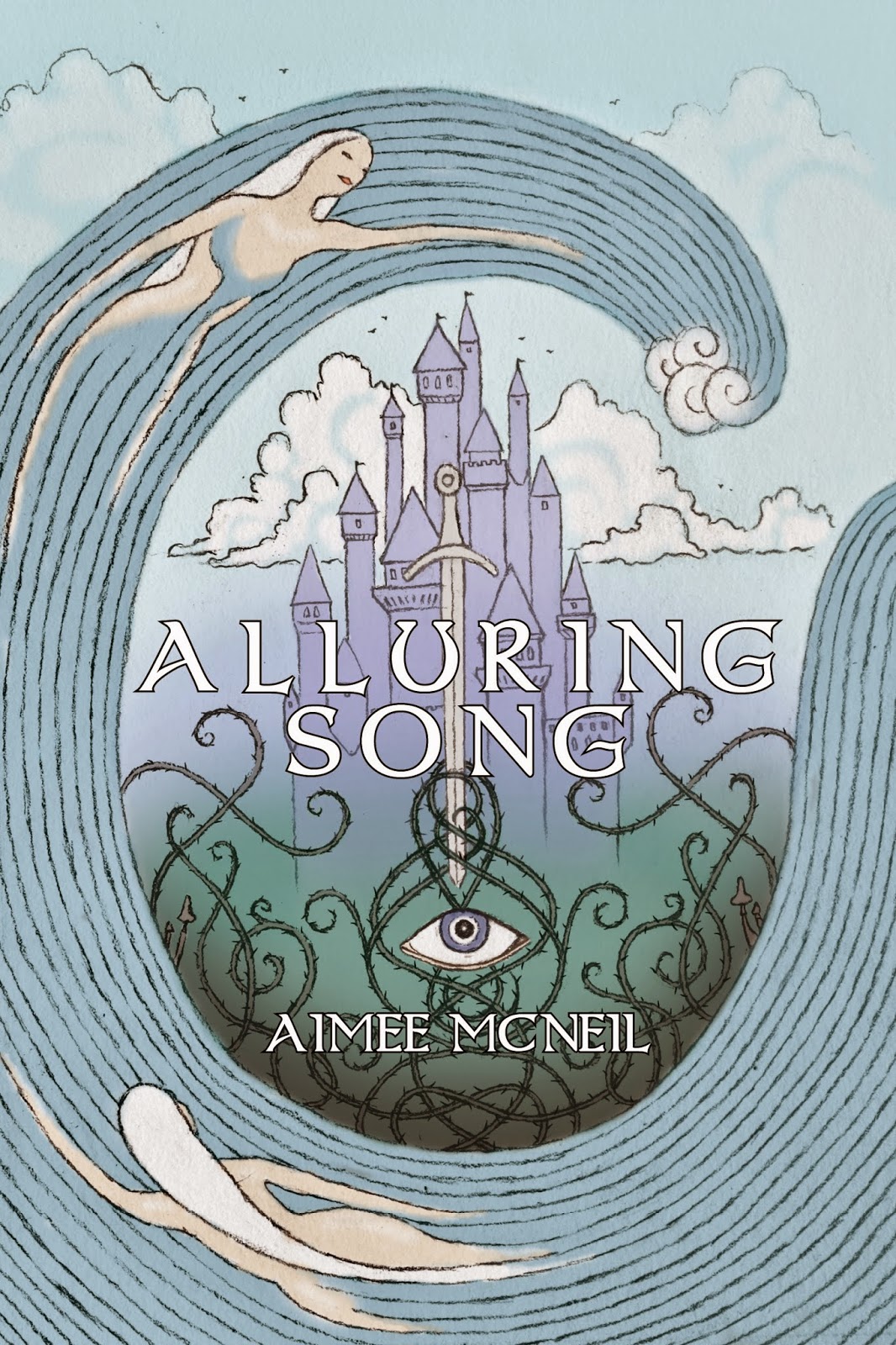 Here it is!
The cover for Alluring Song.

This is the book description that will be on the back cover:


In a world where gods wield power over mankind, testing their loyalties and their hearts, there are some men that will rise from the ashes.
This story begins with the sea.
A beautiful goddess whose misplaced affection unleashed a wave of torment upon those who had wronged her, creating the means to wipe her beloved daughters from her sea.
A mother whose love defied the laws of life and death, protecting her daughter from the demons of her past.
A young woman who could not escape her fate or the will of her heart, leading her to embrace a man created to destroy her.
Three warriors forged from a curse that has plagued them for generations, one seeking vengeance, one struggling with his nature as revelations shake his beliefs, and one that embraced his need for battle.
A queen whose thirst for power leaves a trail of destruction in her wake by her use of deceit and dark magic.
And a disheartened king with two sons, one born of love, the other pure evil, with a nature so dark it threatens to destroy all in his path.
The struggle for power has begun.
Posted by Aimee McNeil at Wednesday, April 29, 2015